“It’s a third generation unmanned aerial vehicle which can operate at a temperature ranging from minus 400C up to plus 450C, with wind up to 15 minutes per second, in the rain and snow,“  - told the laboratory leader. The UAV PP-50’s features exceed that of 2011-2013 PP-40 and P-50 ones which are now operating in the Russian geophysical and geographical organizations, at the archaeological site in Kazakhstan. Its flight range is increased by 4 times - up to 100 km, flight time - 2 times (up to 3.5 hours), flight limit - 5 times (up to 5 km), speed - from 80 to 120 km per hour. The aircraft can stay aloft up to 6 hours.

“We have also developed a suspended patrol and search complex “Vzor” based on PP-50. It can control any extended and stationary object from air, and lead exploration works, - Pogarsky said. – We have been able to meet customers’ requests of the highest possible protection for a cargo load from humidity and dust”.

Test operations have already shown that the protection of thermal devices, photo- and video equipment, provided by the “Vzor”, meets IP-67 and IP-68 standards (IngressProtectionRating – the system of classification for degrees of protection of an electrical equipment against solid objects and water as specified in the International IEC 60529 standard). "In our case, number 6 means "dust-proof" and number 7 means the continuation of the equipment performance even when submerged for a few minutes at a depth of 1 meter," - said Pogarsky.

He stressed that the development is 100% of Russian production, including the elaborate system of auto-pilotage. The “Vzor”’s gyro-stabilized platform steadily holds any earthbound object under its focus, and its optic system manages to overlook the whole lower section under the UAV. 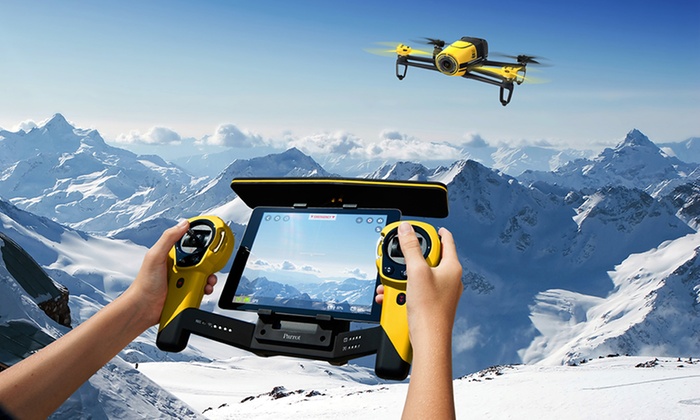 The international exhibition of equipment and high technology for the Arctic region, Siberia and the Russian Far East “VTTA-Omsk 2015” was held in Omsk on October 7-8th. The OmSTU scientists presented the unmanned aerial vehicle PP-50 which attracted a lot of interest from “Gazprom” representatives and North-based oil corporations, as well as specialists from the Ministry of Defense of the Russian Federation.