Three terrorists, trained in Syria, were annihilated in Chechnya

The press services of the head of Chechnya Ramzan Kadyrov reported his statement that the militants, neutralized during the special operation, were preparing massive terrorists attacks to be carried out during holidays.

“Thanks to our divisions these plans were aborted”, - the Chechen leader stressed.

The information about militants’ neutralization was made public on Thursday; the decision about the realization of the special op was made on the previous day. The Chechen law enforcement officers stopped the car with the leader of the militants’ group inside it. He opened aimed fire injuring two officers. Counter fire neutralized the terrorist.
The name of terrorists’ leader is Shamil Chergizov who had been put on the international wanted list for his connection to the terrorist organization “The Islamic state”.
Immediately after the leader’s neutralization the main operation to detain his two allies began. They resisted the arrest and were killed. One law officer was slightly injured.

“During the search trotyl, mines, grenades, automatic guns and phones were found. – the Chechen president added. – I declare that anyone who tries to encroach upon the peace and stability in Chechnya and throughout Russia will meet the same fate”.

The special operation took place in Grozny’s Staropromyslovsky district, with SWAT “Terek” of the Ministry of Internal Affairs of Chechnya and the regional Federal Security Service officers as its crew. 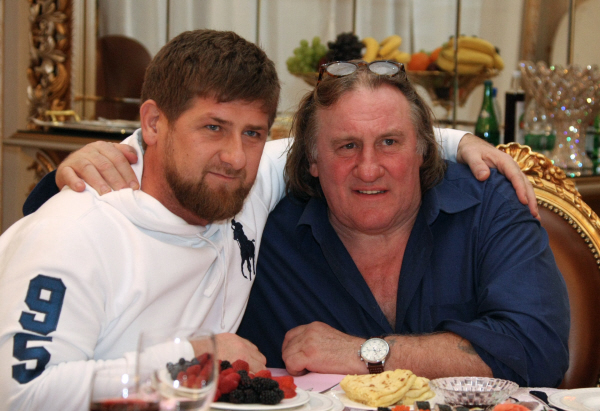 According to Kadyrov, the annihilated militants arrived from Syria, where they were trained at the Islamic state bases.

The Islamic state (ISIS) is a terrorist organization which activities are against the law in a number of countries, including Russia.